Budapest is situated in the middle of Europe’s heart. This city is a metropolis with a number of two million inhabitants, each year visited by plenty of tourists because of the beautiful buildings and the famous thermal spas. The Danube River divides the city into two parts called Buda and Pest. Buda is the hilly part: its wonderful mountains are the best places to get a view over the stunning panorama of the city.

The eldest part of the city, the Castle with the former Royal Palace, which has become the recent exhibition place of several Hungarian museums, can also be found here. The Castle District is also known for its narrow streets, for the Fisherman’s Bastion, and for the outstanding Matthias Church. On the side of Pest, the Andrássy Street is deanitely worth a visit. This area – as well as the riverside of the Danube and the Castle of Buda – belongs to the UNESCO World Heritage. The buildings alongside the street have preserved their original secession style.

Everyone who visits Budapest must see the building of the Hungarian Parliament. The House of Parliament is not only magniacent on the outside, but it looks fascinating from the inside as well, where we can take a glance at the Hungarian royal insignia (for instance the crown or the scepter).

As a visitor to the capital, we can also join the cultural life of the city. The Opera House in the Andrássy Street offers a breathtaking musical experience in an astonishing building – for the lovers of music. Various types of museums are to be discovered all around the city, promising a pleasant time for everyone. 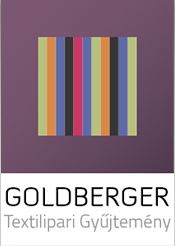