Gdańsk (kashub. Gduńsk, latin. Dantiscum, Dantis, Gedanum, Danzig) – a city situated on the Baltic Sea at the mouth of the Vistula Motława to the Gulf of Gdańsk with the population of 460 000 people. The center of cultural, scientific, economic and transportation of Northern Poland. The resort maritime economy with a large trading port.

The resort agglomeration, together with Gdynia and Sopot, makes Tri-City. The population of the Tri-City is 1,2milion.

Gdańsk has several shipyards and the most important seaport in the country. The Lenin shipyard was the center of the opposition movement around Solidarność in the early 1980s It is a city with over a thousand years of history, whose identity over the centuries was influenced by different cultures.

Gdańsk was the largest city of the Republic of Two Nations, a royal town and Hanseatic had the right to participate actively in the act of choosing a king.

Gdańsk is considered the symbolic place of the outbreak of World War II and the beginning of the fall of communism in Central Europe. In the city there are numerous architectural monuments, museums, universities, parks, theaters and sports facilities. There are many active institutions and cultural institutions. 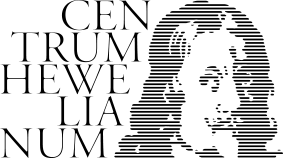