The Finnish capital city, located between East and West, and absorbing influences from both sides, is a   dynamic  and  future-oriented  city. Helsinki enchants visitors with its diverse urban culture, the proximity of nature and its friendliness. Layers of fine architecture, func- tional design, a playful and often surprising food culture, and an enormous range of events, both large and small, intertwine to form a fascinating capital that oﬀers experiences in all sea- sons of the year. A high level of expertise and lively start-up culture are part of the identity of our vibrant city.

When Helsinki was established by King Gustav Vasa of Sweden in 1550, it had a population of just 500. Helsinki was meant to compete with Tallinn for Baltic Sea trade. In May 1713 the Russian naval fleet sailed to Helsinki with 17,000 soldiers. The town was defended by fewer than 2,000 soldiers. Faced by a hopeless situation, the commander of the Finnish troops ordered the army to set fire to Helsinki, which burned down in just one night.

The Russian army occupied the abandoned town for the next eight years. In 1721 Sweden and Russia signed the Treaty of Nystad (Uusikaupunki), and work began on rebuilding Helsinki. The Russian army occupied Helsinki again in 1741. The period known as the Lesser Wrath (Pikkuviha) ended with the signing of the Treaty of Åbo (Turku) in 1743. Helsinki remained part of Sweden.

In early 1808 the Russian army occupied Helsinki and laid sie- ge to Sveaborg (Suomenlinna). Despite being considered un- conquerable, the fortress surrendered without a fight after two months. The following year, in 1809, Sweden and Russia signed the Treaty of Fredrikshamn (Hamina) ending hostilities. Sweden ceded the entire territory of Finland to Russia.

Tsar Alexander I of Russia decided to move the Finnish capital from Turku to Helsinki in order to reduce Swedish influence and bring the capital nearer to St. Petersburg. Helsinki oﬃcially became the capital of Finland in 1812. It did not achieve the status of a major city until 1907, however, when its population exceeded 100,000 for the first time. Finland proclaimed independence on 6 December 1917 with Helsinki as its capital. 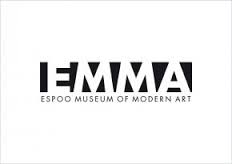